Suntak Technology: ZTE's 5G orders slowed down in the third quarter of 2020.

At the same time, due to the impact of the epidemic, the profit of the participating company Sandeguan fell by 70%. Suntak Technology’s confirmed investment income in the first three quarters of 2020 decreased by 24.64 million yuan, a year-on-year decrease of 45%. Exchange losses in the first three quarters of 2020 increased by 28.1 million yuan, an increase of 169% year-on-year, affecting net interest rates. 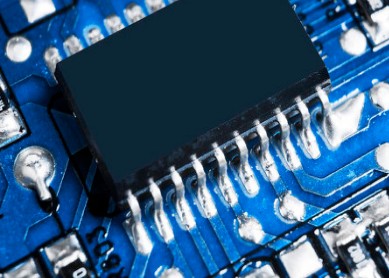 In addition, regarding the delivery of ZTE's 5G products, Suntak Technology pointed out that in the third quarter of 2020, ZTE's 5G orders have slowed down, with sales revenue of approximately 420 million from January to September. Suntak Technology is currently actively preparing for ZTE's bidding work next year, strengthening the reserves of 5G production capacity, and striving to increase its market share in the 5G field.

In addition, Suntak Technology also talked about the current progress of mobile HDI products: "HDI products have always been our focus of development. Last year's capacity utilization rate was limited by the decline in the downstream economy, and production capacity could not be fully released. The company has expanded its industrial HDI production line to consumer HDI applications such as smartphones. Jiangmen Suntak No. 2 Plant has long been mainly producing high-end PCB products such as high-density interconnection boards (HDI), rigid-flex boards, thin boards, 1- Grade 4 HDI products can be mass-produced." In terms of mobile HDI customer introduction, Suntak's technology has passed the certification of Hixih and is currently in the stage of small-batch production.

Regarding the construction progress of the Zhuhai plant, Suntak Technology stated that Zhuhai Suntak plans to construct in three phases, with a designed annual production capacity of 6.4 million square meters. The first phase of the Zhuhai plant is currently undergoing mechanical and electrical decoration, equipment purchase evaluation, etc. It is expected to be put into operation in the first quarter of next year. Suntak Technology has been expanding the reserves of large customers according to Zhuhai's production capacity plan.

It is reported that Suntak Technology currently holds 55% of Punovia's equity, which has been included in the scope of the consolidated statement. Benefiting from the explosive growth of Apple’s WTS headsets, Punoway has strong demand for orders this year, and the factory has not stopped during the Spring Festival. From January to September 2020, revenue increased by 44.43% year-on-year, and net profit increased by 203.24% year-on-year. The performance growth was impressive.