Mergers and acquisitions happen frequently. On September 14, Verizon Communications, the largest mobile operator in the United States, announced that it would acquire Tracfone, a Mexican wireless service provider, for US$6.25 billion in cash and stock. On September 14, Gilead Sciences Inc., a major US pharmaceutical company, announced that it would acquire Immunomedics, a new breast cancer drug manufacturer, at a price of $21 billion. 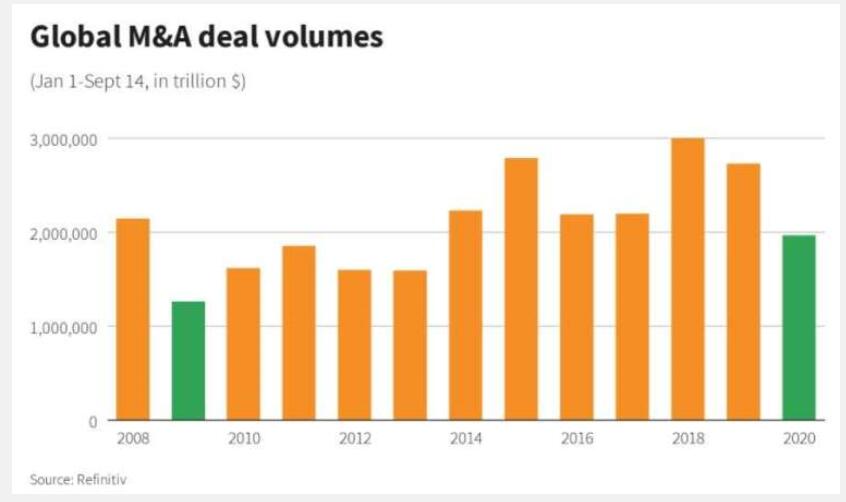 From Refinitiv, global M&A statistics from 2008 to the first nine months of 2020

Refinitiv data shows that after the 2008 financial crisis, in 2009 and the same period in 2009, the total amount of transactions announced so far in 2020 exceeded US$1.26 trillion and US$1.6 trillion, respectively.

Refinitiv said that technology companies accounted for 17.8% of the total, at US$351.4 billion, the highest level since the Internet boom in 2000, while financial services ranked second with a transaction value of US$283.8 billion, accounting for 14% of the total.

Graham Secker, chief European equity strategist at Morgan Stanley, said: "Out of a recession, there is usually some catch-up, and the cost of capital is often cheap."