Accueil > Nouvelles de l'industrie > It is estimated that in 2023, Asia's IoT spending will reach 398.6 billion US dollars.

There is no doubt that industry and smart cities are the biggest beneficiaries. By 2023, IoT spending in Asia will reach 398.6 billion US dollars. The boom in digital spending is expected to maximize productivity, minimize business interruptions, and make cities safer and more efficient in life.

Despite these advantages, many security teams still face imminent risks due to the integration of IT and OT technologies. The well-known traditional separation between physical and digital is no longer. Now, malware that can infect computers can also infect cranes connected to the Internet. Cyber attacks have become obvious.

From the sensors on Singapore’s street lights to the CFO’s laptop, to factory conveyor belts and wind turbines, everything can be the target of cybercriminal schemes, sometimes even collateral damage.

The vulnerability boundary between IT and OT makes physical assets vulnerable to attacks. The reality is that although IoT devices and Internet-connected devices unleash the potential of the physical realm, they also expand the attack surface and expose organizations to threats. Unlike pure IT equipment, industrial technology usually relies on uncomplicated, resource-intensive, slow, and outdated systems. 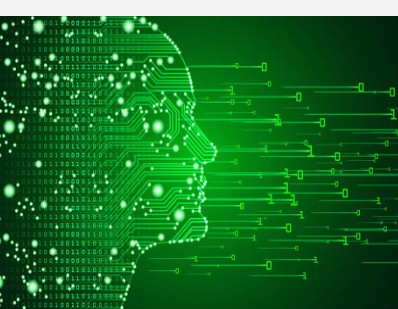 Fundamentally, they were designed for the pre-digital age, so they are full of network vulnerabilities, and these network vulnerabilities are only discovered after the attack is too late. There is little need to clarify the catastrophic effects of smart nuclear reactors or bulldozers falling into destructive cyber attacks.

Smart cities and industrial environments will have to rethink their cyber defense methods, especially as the threat of sophisticated, state-funded hackers increases. Although many people do not think that foreign countries are particularly concerned about their industries, the strategic focus of shutting down malicious national actors is to shut down a country’s power grid, disrupt its largest export industry or disrupt the city’s transportation system.

And attacks on industrial companies are increasing. Recently, the building management system of a large construction company in the Asia-Pacific region was breached, and its servers in the OT environment made suspicious external connections. what is the reason? malicious software. Their security team didn't know how the malware was generated on this server, let alone how to allow external connections. They determined that this was a major threat caused by the location of the server in their OT network, so they held an emergency meeting to resolve the issue and review internal practices. Finally, they came up with a solution-Darktrace's network AI.

Darktrace is the world's leading online AI company, which uses novel methods of cyber security. Similar to the human immune system, AI learns a sense of "self" for each user, device, and container in OT and IT environments. This approach allows construction companies to identify the source of the attack and offset the impact of the attack before it causes damage.

Darktrace's technology is a big step beyond pure threat detection-its unsupervised machine learning can self-learn to play the role of digital antibodies, respond to threats and automatically prevent malicious activities in real time. AI is always vigilant and ready to respond to threats, day or night. From the latest aftermarket sensors to "traditional" attenuators, everything is protected.

Darktrace is already protecting industrial companies around the world, including Drax, a leading electrical infrastructure company in the UK, and King’s Hawaiian, a favorite American food producer, that has been at the forefront of industrial cyber defense.